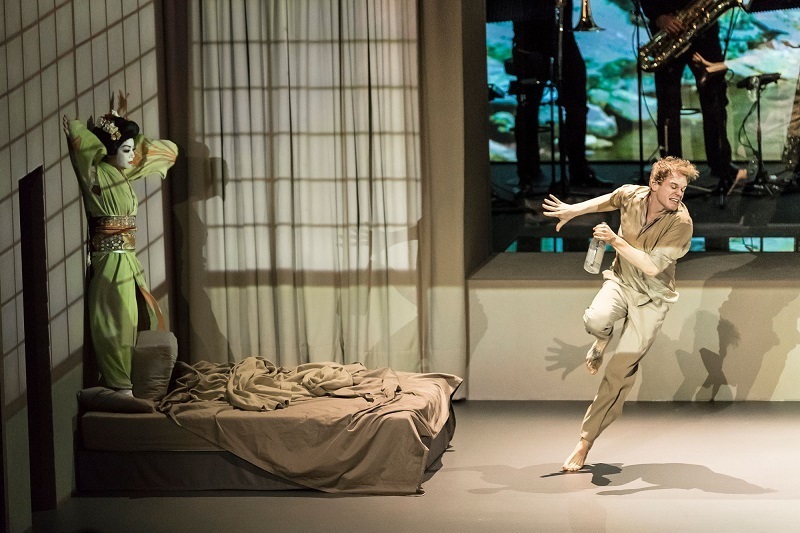 “For the first time and for one night only, the theatrical premiere of the film LAZARUS – shot during the London theatrical production – will be soundtracked live by the actual band who brought the show to life in New York, including the four songs written specifically for LAZARUS: the title cut, and ‘No Plan,’ ‘Killing a Little Time,’ and ‘When I Met You’).

Written by David Bowie and Enda Walsh, LAZARUS was inspired by the Walter Tevis novel The Man Who Fell to Earth.

Above: Julie Yammanee and Michael C. Hall in Lazarus. Photograph by Jan Versweyveld.