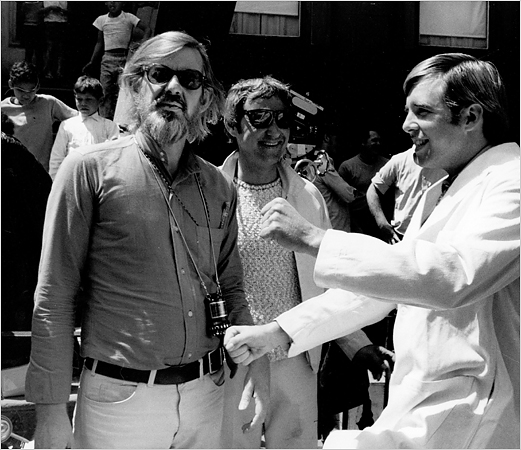 A very rare screening of Hal Ashby’s remarkable directorial debut THE LANDLORD (1970) will by followed by a Q & A with Tisa Bryant and Ernest Hardy as part of their Black Book series at the Hammer.

The screenplay is by Bill Gunn, his second after writing and directing the unreleased Stop.

Above: Hal Ashby (left) and Beau Bridges on the Brooklyn set of The Landlord.

Below: Pearl Bailey (left) and Lee Grant in The Landlord.