John Baldessari’s art is cheerfully laconic. It strikes this special tone, broadcast as if on its own frequency, from its beginnings until the present day. Is there a method to it? And, if so, what does it consist of? The simpler answer points to an ever-surprising change in perspective that Baldessari offers his viewers. A slightly shifted view of art, the world, and its image…

But there is more: a daring intellectual feat in his approach, precisely because it includes acting stupid. Baldessari assumes a calculated risk that he will not be understood fully, but with the aim of deriving intellectual profit from that. — Bice Curiger*

John Baldessari was born in National City, California, in 1931 and died on January 2, 2020 at home in Venice Beach.

Massimiliano Mocchia di Coggiola contributed an essay with artwork on dandyism, Ramon Hungerbühler and Fabian Marti talk about skate brands, there are pieces on Setsuko Klossowska de Rola, and Pierre Davis and No Sesso, Anne Dressen has written about contemporary jewelry…

Above: Inside covers, production PDF.

Below: Front and back covers, production PDF. 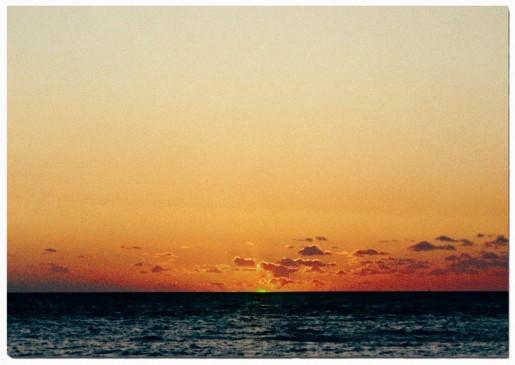 The exhibition A TIME CAPSULE—WORKS MADE BY WOMEN FOR PARKETT, 1984–2017 will be up through July 21. 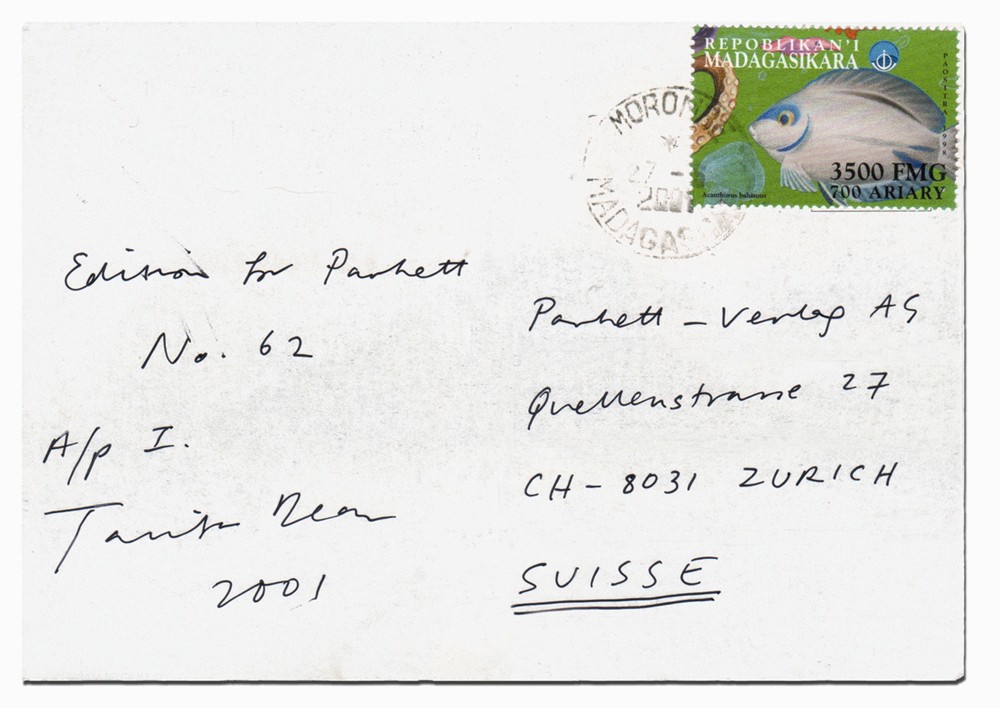 “The Parkett Story,” an interview with Parkett founding editiors Jacqueline Burckhardt and Bice Curiger, will be published in the forthcoming print issue of PARIS LA.

All 101 issues of PARKETT—plus selected artist editions and documents from the archive—are on view through June at the Swiss National Library.