“Political or critical or academic subcultures and avant-gardes—with their armatures of highly localized and professionalized expertise, their demand that we laboriously teach ourselves to gaze askance—are pretty often choked up with panics about self-justification, the fear that curiosity and the free play of the imagination will somehow lure us haplessly away from our supposed higher goals.

“This is where I connect with Chris Marker: he isn’t afraid of curiosity. His is an avant-garde that goes out into the world, open to the unexpected encounter.” — Mark Sinker, Film Quarterly

Narrated by, among others, Simone Signoret and Yves Montand, LE FOND DE L’AIR EST ROUGE (1977)—Chris Marker’s essay film on the rise and disintegration in the 1960s and ’70s of the New Left in Europe, Asia, and the Americas—will screen in 35mm this weekend in an American Cinematheque presentation in Santa Monica.

“LE FOND DE L’AIR EST ROUGE never substitutes anti-establishment piety for Establishment piety. Marker’s commitment is of a fiercely independent, insubordinate, individualistic kind… There is, I think, a fellow-travelling dilemma constantly in play in this film (notwithstanding its worn-on-the-sleeve sympathy for left unity): How to speak out against tyranny without the dull and heavy jargon of, for example, post-structuralist theories of ideology whose language is nearly as alienating and infuriating—and as inaccessible to a nonspecialist audience—as the awful, monotonous management-speak we hear being born in the mouth of a Citroën technocrat?” — Rob White, Film Quarterly

(A GRIN WITHOUT A CAT)

As part of the American Cinematheque program “Symptoms of Vertigo,” Chris Marker’s seminal LA JETÉE (1964) will open a double-bill this week at the Egyptian.

“In addition to translating visually ideas about the mechanics of memory, the nature of identity, and the politics of history, LA JETÉE also draws attention to the character and function of imaging technologies in the post-war, Cold War era.  In so doing, it responds to that film theory of the 1940s concerned with the metaphysics of the photographic arts – that is, the status of the image, both still and moving – while simultaneously anticipating the questions that fueled the development of cine-semiotics in the 1960s — namely, those about the syntagmatic structures through which cinematic meaning is created.” – Corinn Columpar* 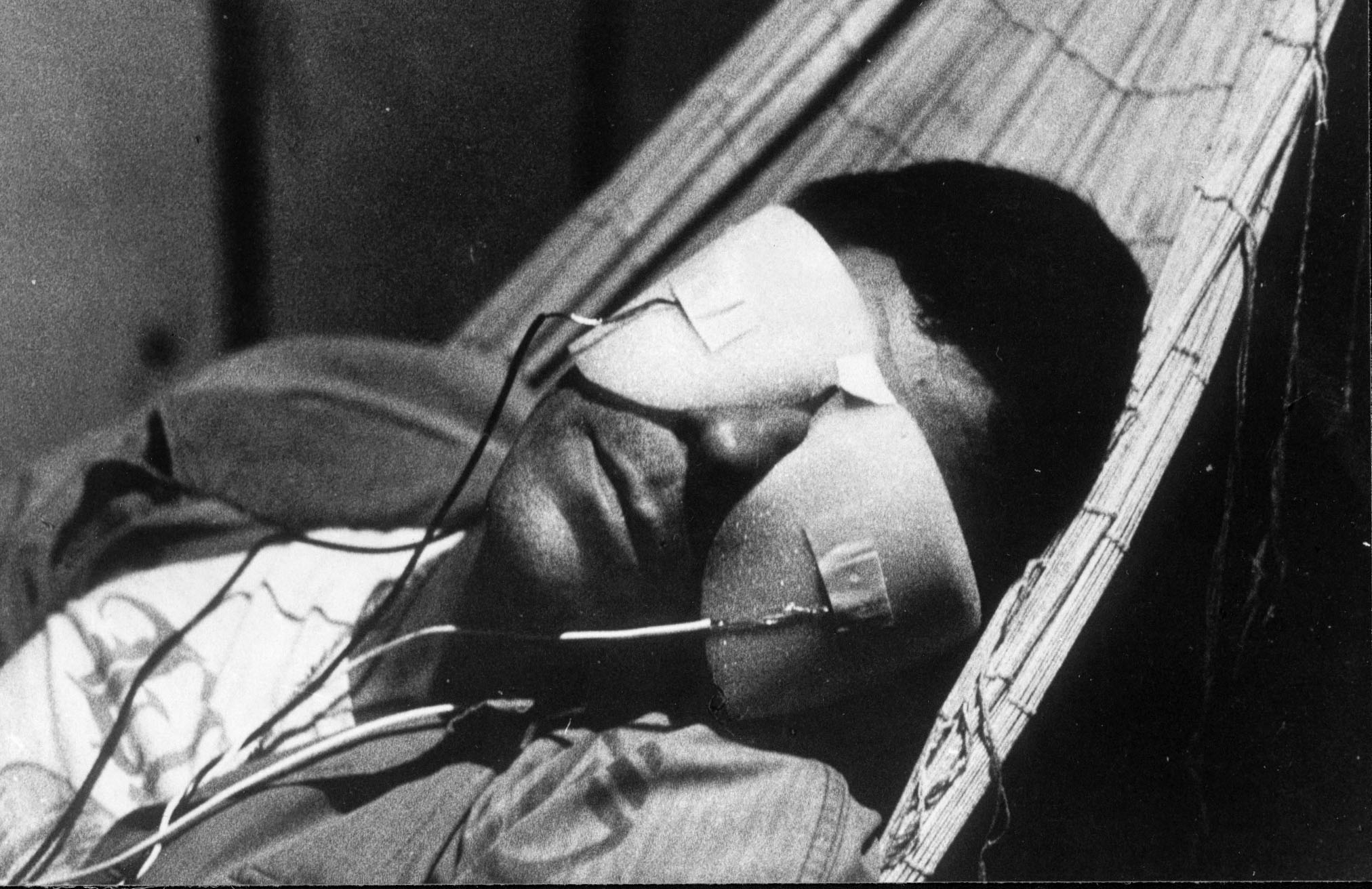 THE MODERNIST (directed by Catherine Opie by way of Chris Marker’s La Jetée) is a deadpan eulogy to the demise of traditional American liberalism in the months leading up to the conflagration of Election Night 2016.

Stosh Fila (a.k.a. Pig Pen)—possibly playing either a Tea Partier or the owner of several “Feel the Bern” buttons—goes about his daily task of researching and then torching several once-avant-garde-but-now-mainstream architectural landmarks in the hills of Los Angeles: works by A. Quincy Jones and Pierre Koenig, and the John Lautner-designed homes of Benedict Taschen and James Goldstein.

Reports of these Oedipal feats of arson are splashed over the front pages of the Los Angeles Times, along with headlines noting Hillary Clinton’s “historic” Democratic nomination and the race for 270 electoral votes.

Fila creates a wall collage of yesterday’s papers, and as November 8 approaches, takes a match to his own creation.

To view the 22-minute film, Michael Maltzan has designed a sleek cinema inside Regen Projects, and thirty-three MODERNIST stills have been hung along the walls of the gallery.

“Colors, like scents, are a royal road from the outside world to our emotions.” — Peter Schjeldahl*

The Underground Museum—founded in Los Angeles in 2012 by artists Noah Davis and Karon Davis—is dedicated to the exhibition of museum-quality art, and serving as a cultural hub for low-to-moderate-income communities.

All programs are provided free of charge.

A Friday night cinema series runs through October in the museum’s Purple Garden: