“I first met [Ahmet Ertegun] at a time when his hegemony in the music business had reached a climax. For some time after that, I tried to find the locus of his authority and could not. I was by turns infatuated and disappointed. In time, I learned that this was appropriate—that Ahmet was himself always infatuated and always disappointed, and that at the heart of his achievement there was no answer stated or question posed but, rather, only this: the rhythms of infatuation smartly expressed. Then I found that to notice the manifestations of infatuation (which I had perceived at the start as ephemeral) was instructive.

“At the moment when I met Ahmet, at the beginning of this decade, it was assumed that the style of the years to come would derive from the principal styles of the nineteen-sixties—and this expectation has not been disappointed entirely—but then as I saw Ahmet together with important custodians of the style of the nineteen-sixties and noted his greater power and presence, I began to understand that it would be his style (eclectic, reminiscent, amused, fickle, perverse) that would be the distinctive style of the first years of the new decade, that Ahmet would achieve this new importance as exemplar precisely because he lacked the inflexible center I had confusedly looked for, and that he would achieve it through his intuitive, obsessive mastery of the modes of infatuation, this mastery having made it possible for him to absorb into himself the power of several archetypal American styles that had fallen into disuse among Americans but still had great power when they were expressed in a manner that the contemporary public could accept, which is to say when they were expressed in a manner that divorced style from substance and had no reference to any authority that could be perceived as inhibiting.

“There was something moving about this—that so much was possible through restlessness… ” — George W. S. Trow

“Eclectic, Reminiscent, Amused, Fickle, Perverse,” The New Yorker, May 29, and June 5, 1978. Trow’s profile of Ahmet Ertegun was republished in the book George W. S. Trow, Within the Context of No Context (1981). 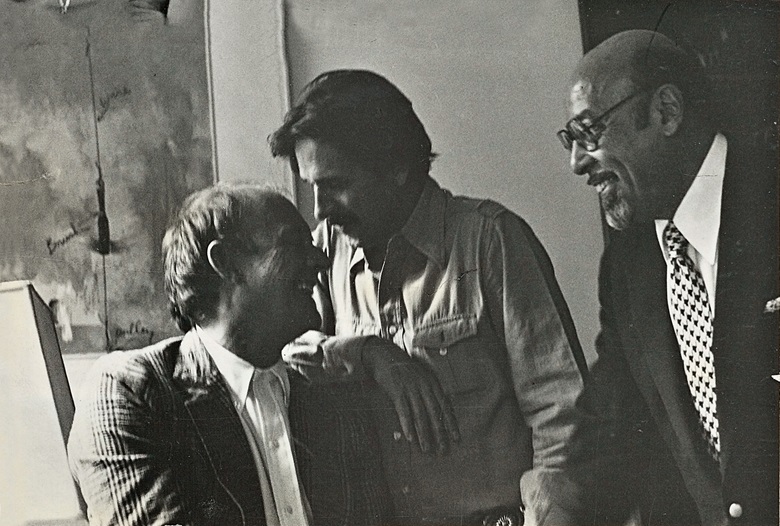