In conjunction with the theatrical production of two plays based on his books, Édouard Louis will give a talk—moderated by the New Yorker theater critic Alexandra Schwartz—at the Brooklyn Academy of Music.

Co-presented by BAM and St. Ann’s Warehouse, performances of Thomas Ostermeier, Florian Borchmeyer, and Louis’ adaptation of HISTORY OF VIOLENCE begin at St. Ann’s on November 13. THE END OF EDDY—adapted by Pamela Carter—starts at BAM the following night.

“Recently I wrote a note to accompany Paul Eprile’s translation of Jean Giono’s MELVILLE, which quickly evolved into a novel that has nothing to do with the historical neurasthenic and queer-leaning Herman Melville and everything to do with Giono himself.

“Giono was deeply influenced by American writers… [He] first discovered Walt Whitman in French [and] later studied the ‘American Homer’ in English. He loved Whitman’s all-embracing egalitarianism and his pantheism, and the first part of Giono’s œuvre obviously owes a debt to this passionate revolutionary figure. In Hill, his first novel, Giono tried to illustrate two very Whitmanesque truths:

‘The first of these truths is that there are people, simple and nude; the other is that this earth fleeced [entoisonnée] with woods… this living earth, exists without literature.’

“Cutting down on metaphor and simile (he could never altogether forego them) must have been painful for Giono, so naturally gifted with that kind of eloquence. As Aristotle suggest in The Rhetoric, metaphor is one of the greatest ornaments of writing but also the one no one can learn.” — Edmund White, The Unpunished Vice

White’s blend of memoir and literary criticism is out now.

“It’s strange, but in my childhood, nobody read but we knew that literature was not interested in us…

“There is today on a global scale, with Knausgaard, Ta-Nehisi Coates or Svetlana Alexievitch, a very important movement around the question of literature and truth. How can one use the tools of literature to tell the truth, to say the lived experience?” — Édouard Louis

Louis will be in Los Angeles this week, reading from and discussing (with Steven Reigns) his new nonfiction novel HISTORY OF VIOLENCE.

and Abdellah Taïa and Édouard Louis

Below: Édouard Louis in 2016. Photograph by Frédéric Stucin.

In REINVENTING MARVIN, the prolific director Anne Fontaine and her co-writer Pierre Trividic start with the premise established by Édouard Louis’ autobiographical novel The End of Eddy—a besieged, effeminate boy (Jules Porier) growing up in rural northern France—and brings their protagonist (played as a young man by Finnegan Oldfield) to Paris, where he attempts to write and stage a one-man show with the help of a sugar daddy (Charles Berling), a theater director (Vincent Macaigne), and an actress (Isabelle Huppert, as herself).

This week, Outfest will present the Los Angeles premiere of this highly anticipated drama at the Directors Guild, with a post-screening reception. 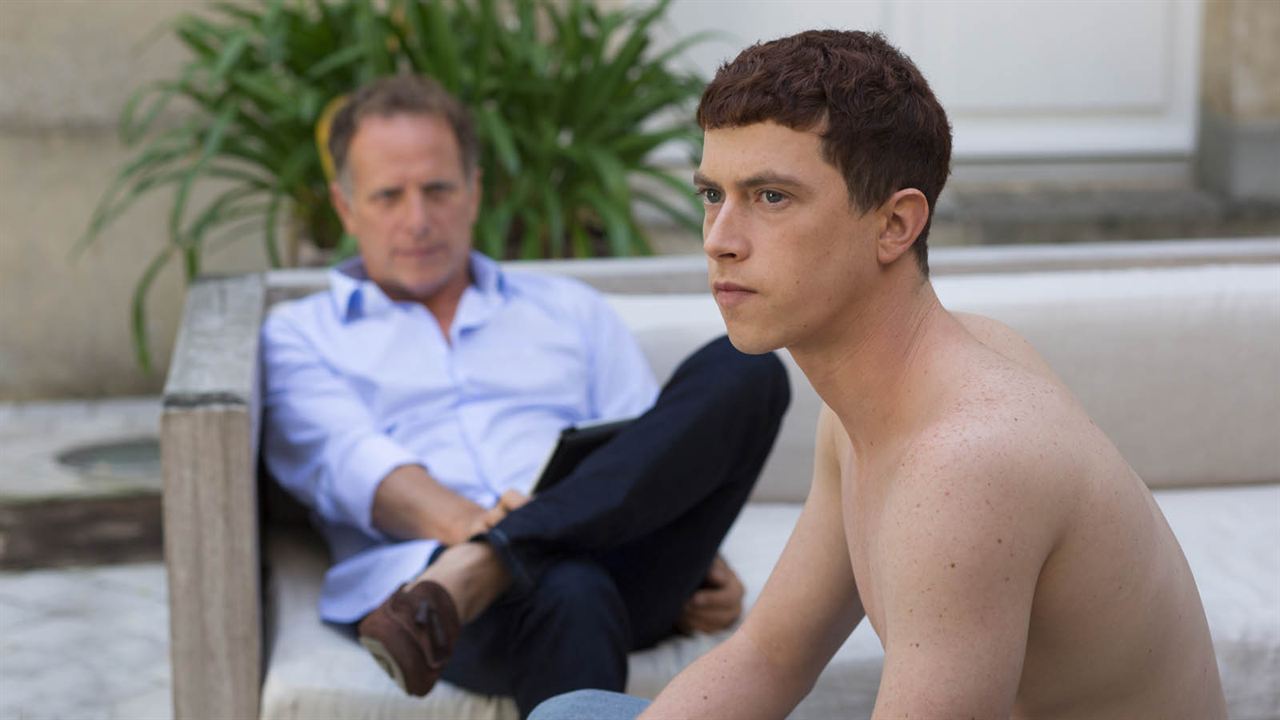 “Shame is an important and beautiful tool… The problem for me is that so many writers write without shame.” – Édouard Louis*

Playwright Joshua Harmon – a comic obsessive well versed in mortification – is the moody love child of Mart Crowley and Edward Albee, and if Bad Jews (at the Geffen Playhouse three summers ago) is Harmon’s Virginia Woolf, then SIGNIFICANT OTHER is his empathetic, mixed-gender Boys in the Band.

“He’s writing about himself,” a theatergoer next to me said after the SIGNIFICANT OTHER curtain call this weekend. Indeed, with his new play, Harmon takes a scalpel to Jordan – the author’s stand-in – and his circle of friends with granular precision. The brilliantly staged and performed production at the Geffen plays for three more weeks.

Jordan is unhappily single, slightly schlumpy, and morbidly fearful of ending up alone. (Will Von Vogt is a much better fit for the role than his Broadway predecessor Gideon Glick, who is trim and would have no trouble attracting suitors.) Transfixed by the physical beauty of a new co-worker, Will (John Garet Stoker), Jordan holds forth on this and other matters with his three best friends: Kiki (Keilly McQuail, a Rhonda Lieberman monologue come to life), Vanessa (a slightly less snarky book editor played by Vella Lovell), and sensible, grounded Laura (Melanie Field).

One by one Jordan’s chosen family abandons him as each of the women finds a partner and plans a wedding, and Jordan is consigned to the role of “Constant Reader,” the unattached gay man who reads a poem or literary passage at the ceremony. Things reach a second-act breaking point during a party leading up to Laura’s marriage. Jordan, in an eviscerating monologue, can’t fathom how his formerly edgy crew would debase themselves in pursuit of all the capitalistic pleasures (like out-of-town wedding parties) he actually longs to share with a love of his own, if only he could find him.

Jordan’s (and Harmon’s) attack on bourgeois excess speaks to the psychosis of the modern marketplace and its endless treadmill of desire and dissatisfaction. The closet door of Crowley and Albee’s time has been blown off its frame, but the generation that followed – looking, longing, drowning in a sea of “freedom” – has yet to find its way.

SIGNIFICANT OTHER, through May 6.

Above: Will Von Vogt and Melanie Field in Significant Other, Geffen Playhouse, April 2018.