I had better sex with other guys while thinking of him.

The quote above—a characteristic aside from one of the female leads in Louis Garrel’s A FAITHFUL MAN, the actor’s second turn in the director’s chair—refers to Abel (Garrel), a man of little agency in a romantic game of chance, seemingly happy to shuttle between Marianne (Laetitia Casta) and Ève (Lily-Rose Depp).

Abel and Marianne were lovers, until she announces—in the film’s first few minutes—that she is pregnant, and the father is their close friend Paul. Fast forward a decade and Paul has just died. Abel reconnects with Marianne at his funeral—a reunion witnessed by both Joseph (Marianne and Paul’s son, played by Joseph Engel), and Paul’s younger sister Ève, who has always had an unrequited crush on Abel.

We are deep in Rohmer and Truffaut territory—narrators voicing internal thoughts, chamber music on the soundtrack, a sense of timeless suspension in an everyday, non-touristic Paris—and Garrel (son of Philippe) and co-writer Jean-Claude Carrière (a Buñuel veteran) are indeed faithful to their antecedents, giving audiences a contemporary nouvelle vague experience and keeping the proceedings 100% français. (Even the Hollywood noir that Marianne and Abel go out to see is dubbed in French, which would not be the case in an actual Left Bank revival house.*)

A FAITHFUL MAN is a piece of cinematic driftwood, smooth and lovely, kept afloat by its players’ charms. Selfishness and betrayal are expressed and accepted with hushed discretion. Complete happiness is not exactly on the menu, but fidelity to independence, choice, and the freedom to make mistakes is its own reward.

This week in Hollywood, Kalyane Lévy’s La Collectionneuse will screen the film her program is named for.

Co-presented by Women & Film and the American Cinematheque, Éric Rohmer’s LA COLLECTIONNEUSE (1967) is one of his beloved contes moraux, and stars Haydée Politoff, Patrick Bauchau, and Daniel Pommereulle.

Stay for post-screening drinks and music, with a DJ set by DJ Izella.

From top: Haydée Politoff and Patrick Bauchau in La Collectionneuse.

How our habitual engagements with writing, reading, performance, publishing, and politics have been transformed in the internet age are some of the concerns addressed in NON-FICTION (Double vies), the new film from writer-director Olivier Assayas.

The film—Assayas’ seventeenth feature, and one that carries a strong echo of Rohmer—stars Juliette Binoche, Guillaume Canet, Christa Théret, Vincent Macaigne, Nora Hamzawi, and Pascal Greggory as denizens of the Parisian culture-media complex, and its Los Angeles premiere this week is part of the annual AFI Fest.

See Will Self on the tyranny of the virtual.

Above: Vincent Macaigne (right) and Canet.

Below: Juliette Binoche and Canet. 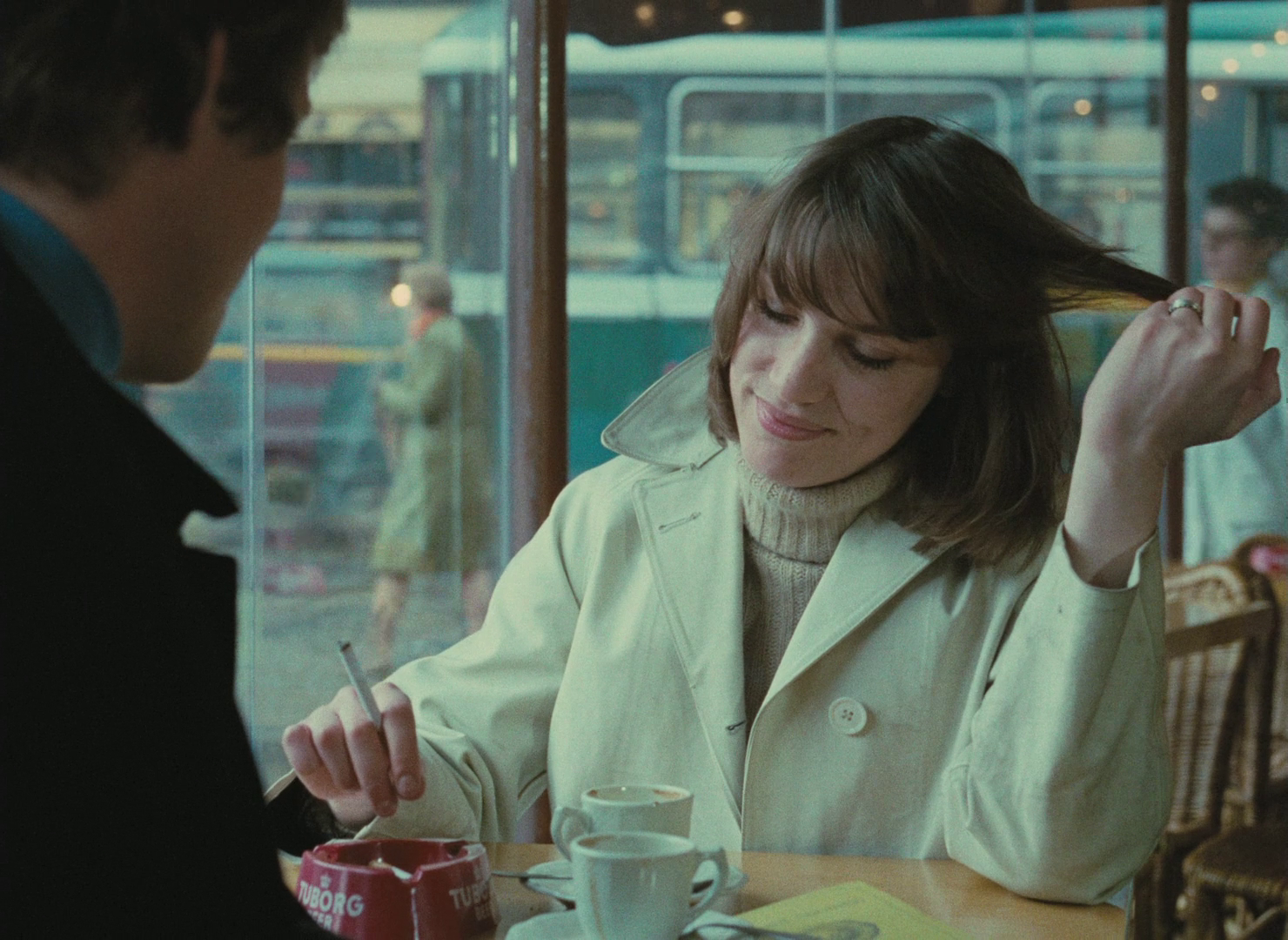 MA NUIT CHEZ MAUD—screening at Cinefamily early Saturday evening—is the third of Rohmer’s Moral Tales, but was shot fourth, while the director waited for Jean-Louis Trintignant’s schedule to clear.

“MA NUIT CHEZ MAUD is about love, being a Roman Catholic, body language and the games people play. It is just about the best movie I’ve seen on all four subjects. It is also a refreshingly intelligent movie: not that it’s ideological or academic (far from it) but that it is thoughtful, and reveals a deep knowledge of human nature.” — Roger Ebert, 1970

At 3:30 pm, Jim Smith from The Smell is playing a DJ set at a pre-MAUD reception at CINEFAMILY. Ticket-holders can r.s.v.p. here: