Franz Rogowski made an indelible impression last year in Michael Haneke’s Happy End. He returns this weekend in a German Currents double bill featuring the local premiere of TRANSIT—the new film from Christian Petzold. This thriller addressing themes of identity and morality in times of advancing totalitarianism co-stars Paula Beer.

The evening will open with another Los Angeles premiere: Thomas Stuber’s IN DEN GÄNGEN/IN THE AISLES, co-starring Rogowski and Sandra Hüller—whose arresting portrayal of the daughter of the title character in Maren Ade’s Toni Erdmann is a comic highlight of recent world cinema.

IN THE AISLES and TRANSIT

“You can only get beyond the surface by working with the surface… manipulate that surface—gesture, costume, expression—radically and correctly. And I think Egon Schiele (1890–1918) understood this in a unique, profound, original way. [He] pushed… the performing portrait to… extremes. He shattered the form by turning the volume up to a scream.” — Richard Avedon*

EGON SCHIELE, DEATH AND THE MAIDEN—a new feature directed by Dieter Berner, and written by Berner and Hilde Berger—will screen at the Egyptian this weekend. The great Austrian painter is played by Noah Saavedra, and Maresi Riegner and Valerie Pachner co-star in this rich historical drama.

EGON SCHIELE, DEATH AND THE MAIDEN Joseph Beuys (1921–1986)—the first German artist to merit a solo show at the Guggenheim—was loved, reviled, collected, and trashed. Indeed, this master of felt, fat, and activism expanded the definition of art in the twentieth century—and the role of the artist in contemporary society. Beuys embraced it all: sculpture, performance art, photography, graphic design, shamanism, and politics. (As a pacifist-environmentalist, he co-founded the Student Party and the Green Party in Germany.)

This weekend in Hollywood, as part of the Goethe Institut’s German Current Los Angeles film festival, writer and director Andres Veiel will present his new documentary BEUYS, in its American premiere. 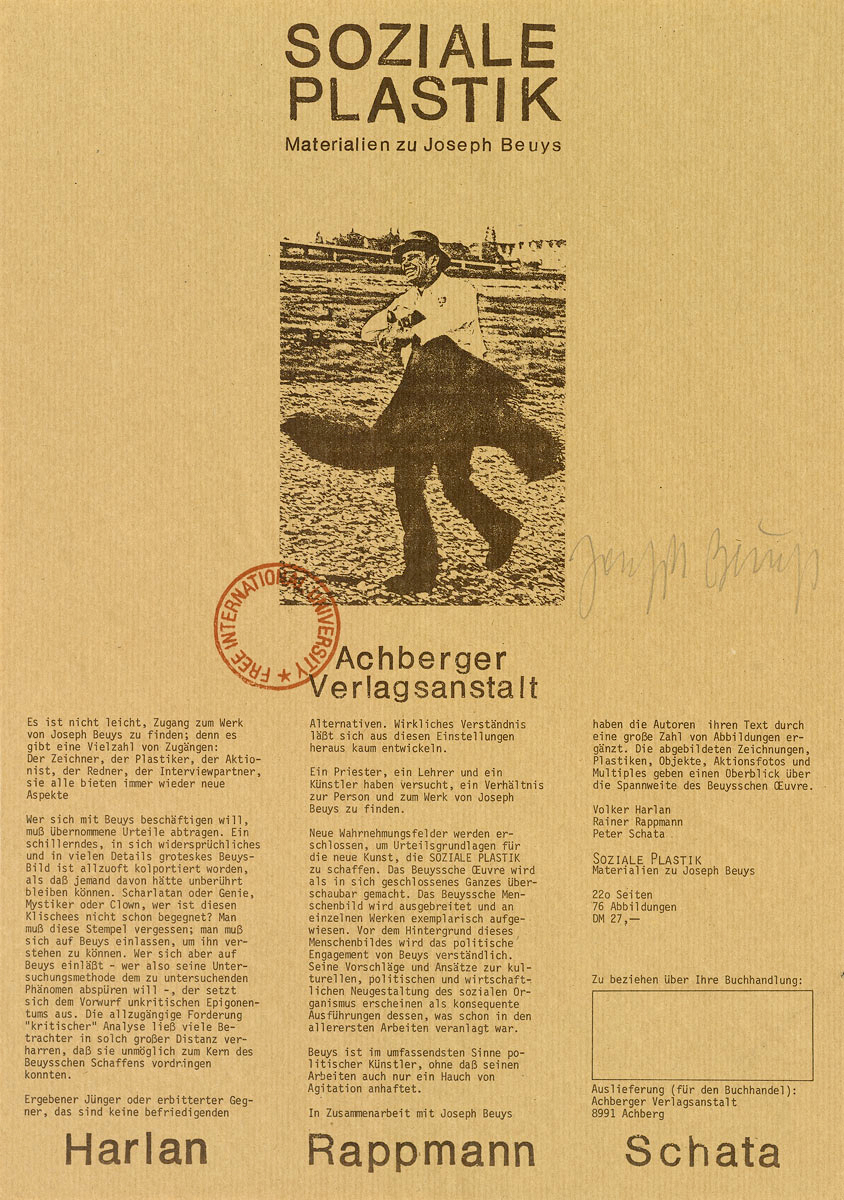