Written and directed by Kogonada, and set in Columbus, Indiana—a modernist Oz 230 miles south-southeast of Chicago—COLUMBUS centers on Casey (Haley Lu Richardson), a recent high-school graduate in her gap year (or two, or three), attuned to her city’s masterpieces, and grateful for the sense of order imposed by her surroundings. Her new friend Jin (John Cho), a new arrival, is the son of a visiting, and recently stricken, architect. At one point, Casey mentions to Jin that a building they’re walking toward is “asymmetrical, but also still balanced.” She could be describing herself.

The film takes the form of Modernism itself: spare, mysterious, inspiring contemplation, at times deliberately elliptical—but richly rewarding for viewers willing to stop and look and listen.

Kogonada will participate in a Q&A after the 5 pm and 7:30 pm shows on Sunday, August 6. 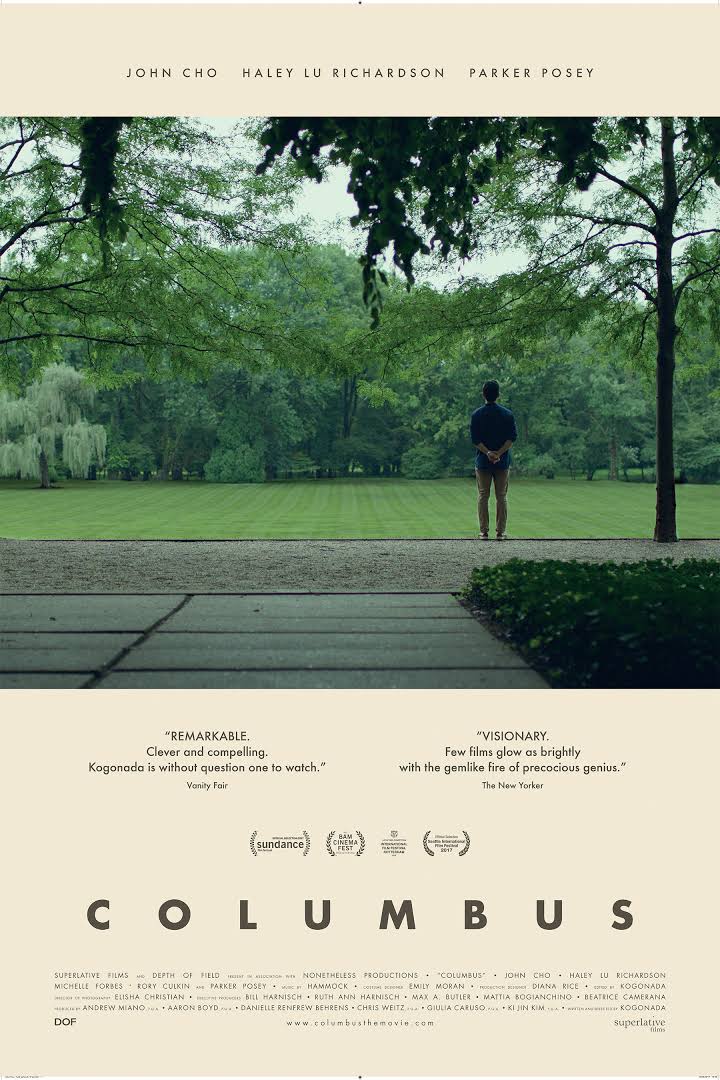