FINAL PORTRAIT—starring Geoffrey Rush as Alberto Giacometti and Armie Hammer as James Lord—recounts the friendship between the artist and his biographer.

Lord was a great intimate of Giacometti, Picasso, and Dora Maar. In addition to his Giacometti texts, Lord is the author of several memoirs recounting his times with Gertrude Stein, Alice B. Toklas, Marie-Laure de Noailles, Jean Cocteau, Balthus, and Harold Acton. Lord’s last book was My Queer War, based on his experiences in the Second World War.

SXSW will host the North American premiere on Friday evening. 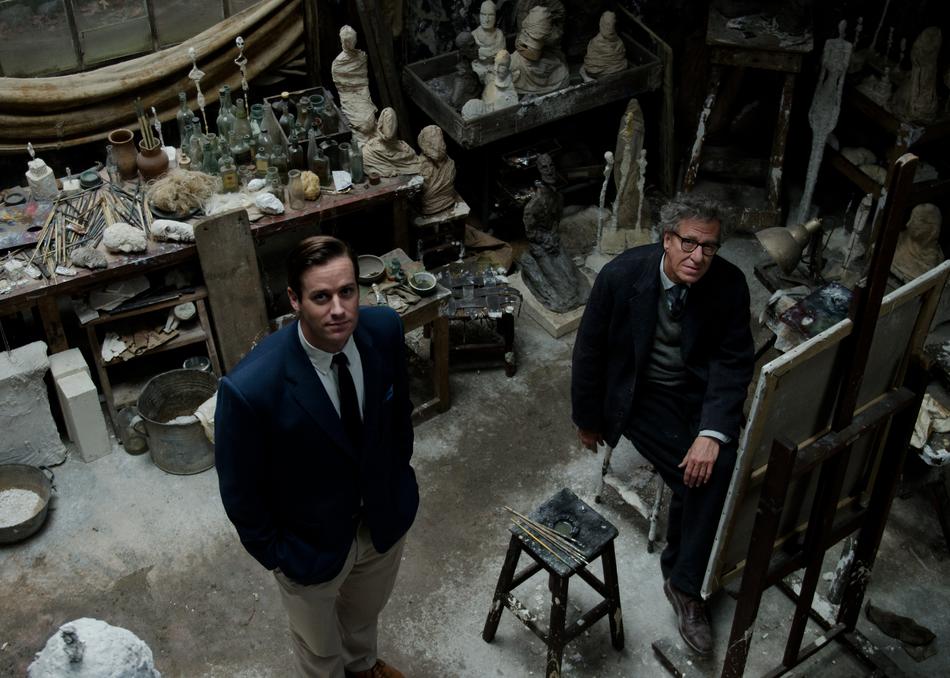 “Spaces intended for entertainment” has been an ongoing exhibition theme at Villa Noailles, and this year DOMESTIC POOLS will cover “vernacular and industrial types of private pools… which have left their mark on twentieth-century architecture.”*