Wangechi Mutu’s project for the façade niches at the Metropolitan Museum of Art—a series of four bronze sculptures titled The NewOnes, will free Us—is nearing the end of its run. Originally extended through June 8, a new closing date will be announced soon.

If [Peter Zumthor’s] new design is built, LACMA can no longer be associated with other encyclopedic museums in the United States that shaped their collections in the 19th and 20th centuries, including the Metropolitan Museum of Art in New York, the Chicago Art Institute, and the Detroit Institute of Arts Museum. Zumthor’s diminished plan would force it to shed the encyclopedic collections that are the very soul of the museum. It commits the original architectural sin of narcissism, of architecture for the sake of architecture.

This let-the-public-chew-concrete moment is all the more shameful because LACMA has gone ahead with demolition just as COVID-19 has taken over the country, state, county, and city, closing down all but essential activities. The administrations of two other museums under construction in Los Angeles — the Academy Museum of Motion Pictures and the Lucas Museum of Narrative Art in Exposition Park — have had the common decency to stop construction, admitting they are non-essential projects, and, hence, not worth risking the health of construction workers. Under the phony pretense that it suddenly cares for the public after having ignored public opinion for over a decade, LACMA claims its intent is to infuse (mostly public) money into the local economy, as though suddenly this deeply selfish boondoggle had an altruistic purpose: job creation. — Joseph Giovannini*

See link below for details.

This week, Los Angeles Times art critic Christopher Knight won the Pulitzer Prize for his series of articles criticizing Zumthor’s design and Govan’s advocacy of it.

In conjunction with her Met Breuer retrospective, Vija Celmins will join curator Ian Alteveer for a public conversation at the Met Fifth Avenue.

AN EVENING WITH VIJA CELMINS 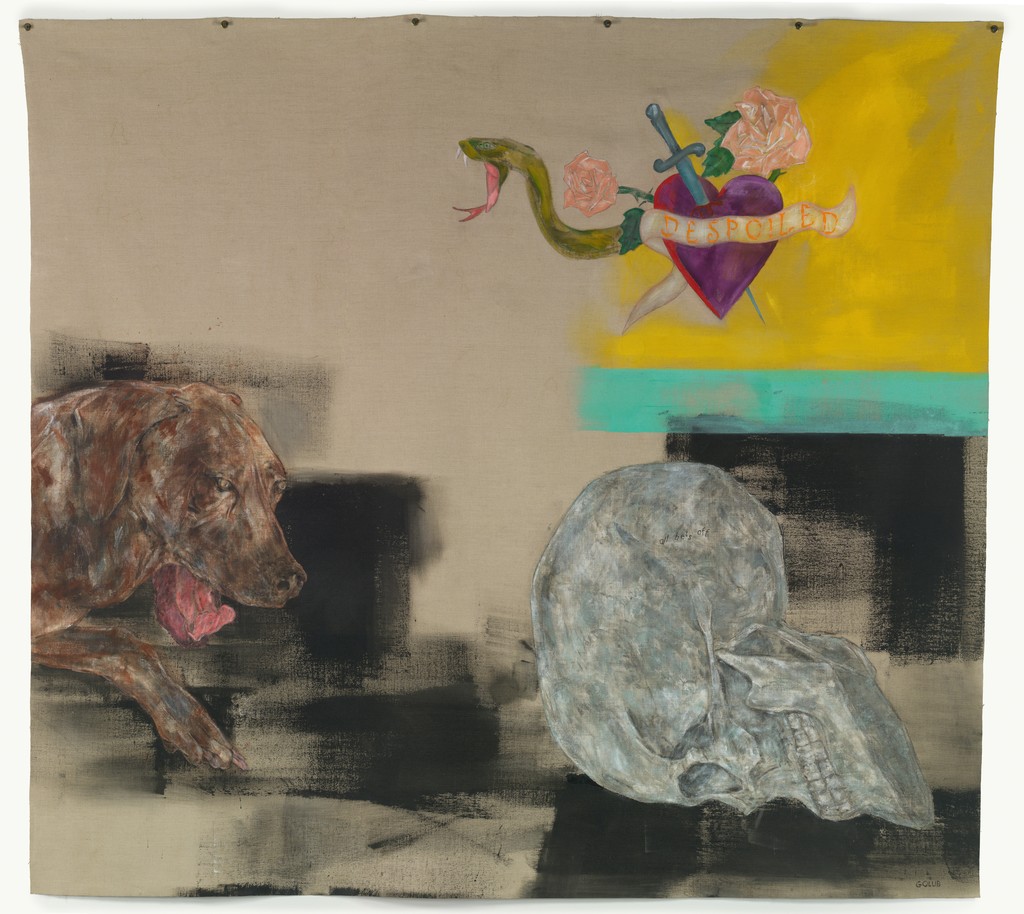 The opportunity to experience the iconic, very contemporary work of Leon Golub at the current Met Breuer show is enhanced by the exhibition of work executed during the last ten years of his life.

Above: Leon Golub, Interrogation, 1992. Both images above courtesy the Metropolitan Museum of Art.

All images © The Nancy Spero and Leon Golub Foundation for the Arts/Licensed by VAGA, New York.

“The late seventies, when André Leon Talley came into his own, is the period when designers like Yves Saint Laurent and Halston produced the clothes that Talley covered at the beginning of his career at WWD, clothes often described as glamorous. It is the period referred to in the clothes being produced now by designers like Marc Jacobs and Anna Sui. ‘It was a time when I could take Diana Vreeland and Lee Radziwill to a LaBelle concert at the Beacon and it wouldn’t look like I was about to mug them,” Talley says.

“Daniela Morera, a correspondent for Italian Vogue, has a different recollection. ‘André was privileged because he was a close friend of Mrs. Vreeland’s,’ she says. ‘Black people were as segregated in the industry as they are now… André enjoyed a lot of attention from whites because he was ambitious and amusing. He says it wasn’t bad because he didn’t know how bad it was for other blacks in the business. He was successful because he wasn’t a threat. He’ll never be an editor-in-chief… No matter that André’s been the greatest crossover act in the industry for quite some time. Like forever.’ ” — Hilton Als, 1994*

Talley—Anna Wintour’s legendary right hand man—has been captured on film in Kate Novack’s new documentary THE GOSPEL ACCORDING TO ANDRÉ, presented this week by Film Independent at LACMA. The director and her subject will be on hand for a conversation after the screening.

THE GOSPEL ACCORDING TO ANDRÉ

Below: Diana Vreeland and André Leon Talley working at the Costume Institute at the Metropolitan Museum of Art in New York City. The model is Marlene Dietrich in the show Romantic and Glamorous Hollywood Design, 1974. Photograph by Bill Cunningham.