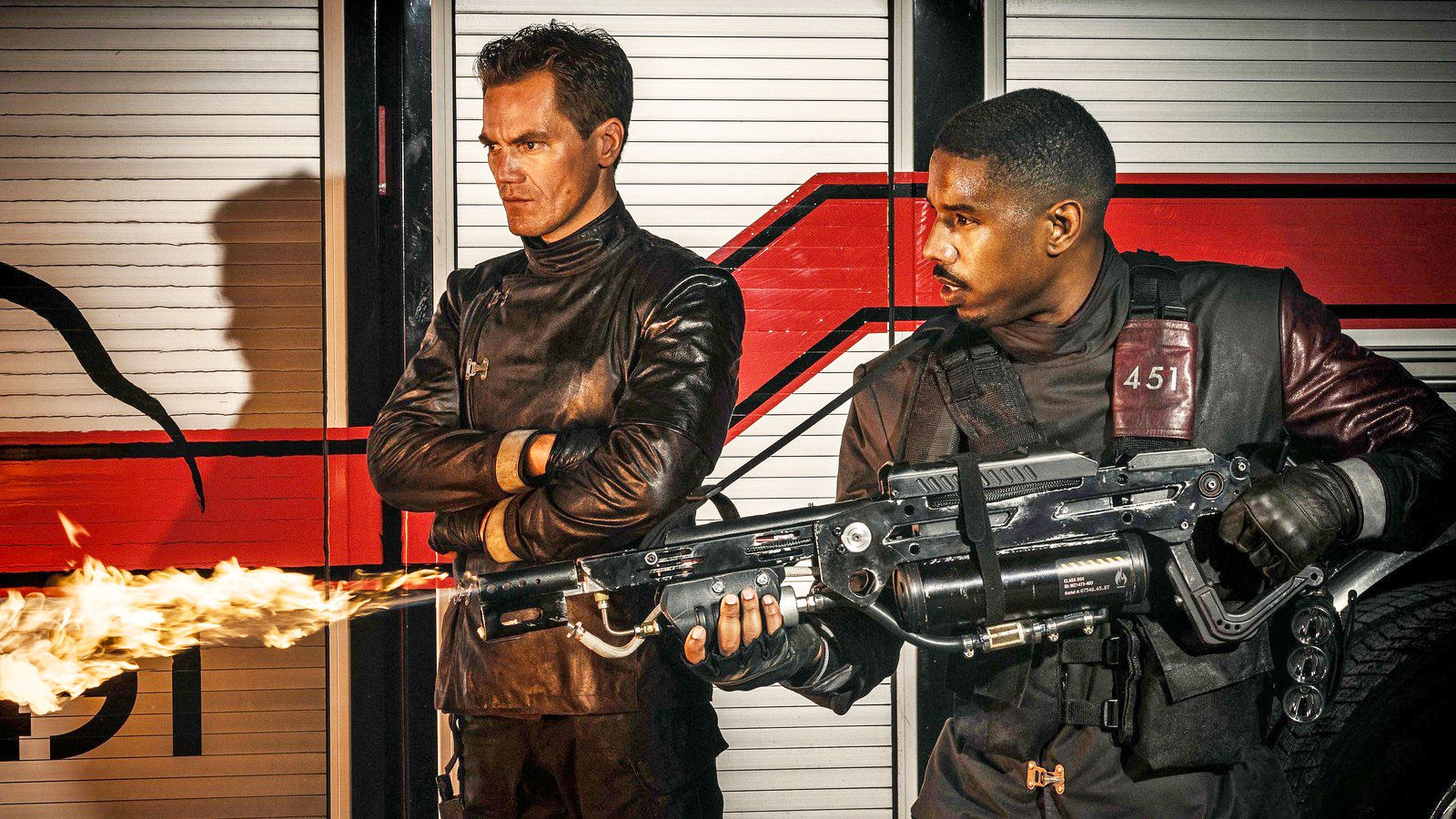 “You’re still high on kerosene, aren’t you? I can smell it from here.” – Beatty to Guy Montag, in FAHRENHEIT 451

In a world where Frederick Douglass remains alive, well, and discredited (at least among a disingenuous White House cadre), the news that Benjamin Franklin – founder of the first American fire department – gave license to burn is less than surprising.

Intelligence is suspect, facts confuse and divide us, and memories can only bring on depression. The solutions are mandatory medication and the eternal flame of vigilance as a Praetorian guard of fireman – led by Beatty (Michael Shannon) and his protégé Guy Montag (Michael B. Jordan) – fans out over the city on a search-and-destroy mission to destroy unauthorized hard drives.

On a good night, the uniformed flamethrowers hit the holy grail: rooms full of actual books. The look, the feel, the sensuality of printed paper bound between covers prove too alluring for young Montag. Out of a particularly vivid bonfire he surreptitiously rescues a copy of Dostoyevsky’s Notes from the Underground and smuggles it back home. And a light turns on in his head.

Writer/director Ramin Bahrani’s new version of Ray Bradbury’s classic 1953 novel FAHRENHEIT 451 – Bradbury’s confrontation with the specters of McCarthyism and television – screens on HBO this weekend. When François Truffaut filmed the book in 1966, the Vietnam War was escalating, but Watergate was still in the future. In our dark, new age of fake-fake news and institutional kleptocracy, Bradbury’s extraordinary prescience rings truer than ever.

During a Film Independent at LACMA screening earlier this month, Bahrani talked with program curator Elvis Mitchell about his latest work.

“I wanted to risk a lot with this film, and more daunting than [the version by] Truffaut was Bradbury himself and the book..

“Like people first read FAHRENHEIT 451 in high school, I wanted to make a film that would impact high-school students today. This is not a movie about the future. It’s a movie about an alternate tomorrow.”

Above: Michael Shannon (left) and Michael B. Jordan in Fahrenheit 451. Image credit: HBO.