McCaul Lombardi—like his co-star Sasha Lane—grabbed the attention of casting directors and fashion houses after his riveting turn in the 2016 Andrea Arnold film American Honey.

For SOLLERS POINT—a new independent film written and directed by Matt Porterfield, from a story co-written by Amy Belk and Porterfield—Lombardi returns to his hometown of Baltimore.

“The wonder of SOLLERS POINT—an exceptionally sly and sneaky film in the best sense—is its sense of balance seemingly in midair. Porterfield relies on a constellation of details to build a dramatic framework that’s as strong as it is slender, shaping the plethora of sharply sculpted and ardently observed moments like a powerful magnetic field.

“In the process, this quiet, brisk, and reserved film brings to the fore characters who are sketched by Porterfield in vitally alert and curious impressions that provide a teeming sense of a community taut with the social bonds of family, history, and memory.” — Richard Brody*

SOLLERS POINT, through May 31.

McCaul Lombardi (left) and a member of the film crew of Sollers Point, in Dundalk, Maryland, just east of Baltimore. 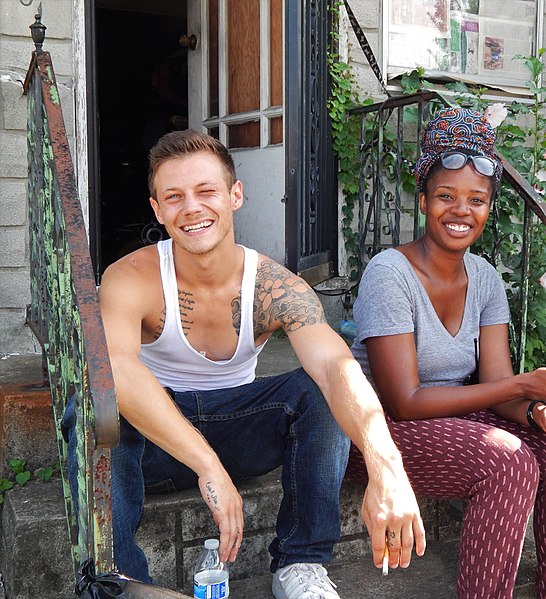