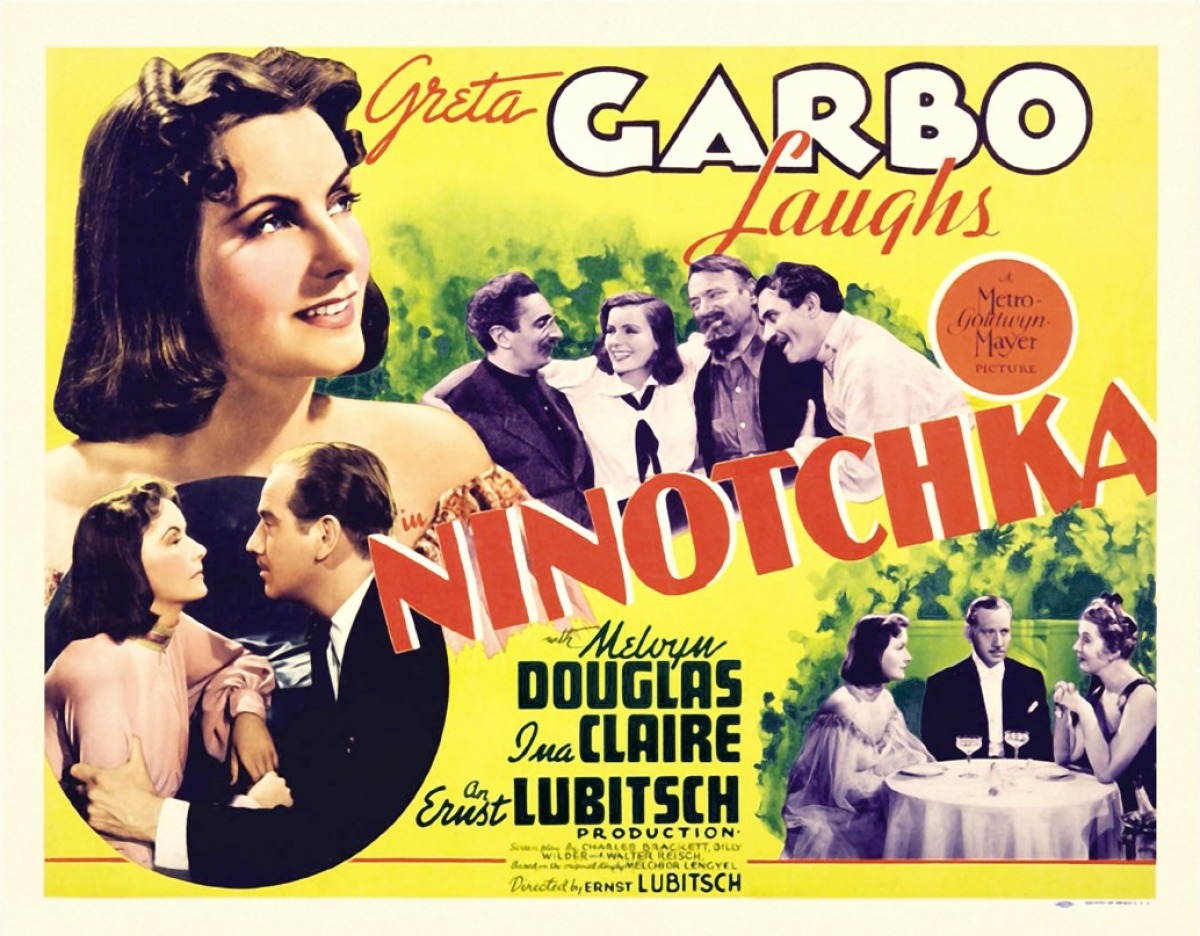 “Garbo Laughs” was the tagline for the legend’s last great film, NINOTCHKA. Perhaps it was the freedom of retirement on the horizon that brought a smile to her face.

NINOTCHKA—a satire on Soviet severity, among other things—was written by Billy Wilder, Charles Brackett, and Walter Reisch, and directed by Ernst Lubitsch, the subject of the UCLA Film and Television Archive retrospective How Did Lubitsch Do It?

Prior to this weekend’s screening, Joseph McBride will sign copies of his new book which gives the series its title.

(NINOTCHKA is on a double-bill with one of Margaret Sullavan’s best films THE SHOP AROUND THE CORNER.)

NINOTCHKA and THE SHOP AROUND THE CORNER, Saturday, July 7, at 7:30 pm.

Joseph McBride, How Did Lubitsch Do It? (New York: Columbia University Press, 2018).