“My beautiful city is set on rock between two flowing paths of water that run to the sea. My city is tall and jagged—with gold-slated towers… My city chokes on its breath, and sparkles with its false lights—and sleeps restlessly at night. My city is a lone man walking at night down an empty street watching his shadow grow longer as he passes the last lamp post, seeing no comfort in the blank, dark windows, and hearing his footsteps echo against the building and fade away.” — Jerome Robbins

Admired, disparaged, beloved, feared, Jerome Robbins (1918–1998) was one of the great choreographers of the twentieth century. Arthur Laurents told Robbins he was “a shit” for naming names as a “friendly witness” for HUAC. (Robbins feared being exposed as bisexual.) Yet Laurents continued to collaborate with him, most notably on West Side Story. (Stephen Sondheim, the show’s lyricist, said that Robbins was one of the only geniuses he’d ever worked with.)

Through his work with the American Ballet Theatre and New York City Ballet, and on Broadway—On the Town, Gypsy, and Fiddler on the Roof, to name just three shows among dozens—Robbins was indelibly associated with his home base and muse: Manhattan.

VOICE OF MY CITY—JEROME ROBBINS AND NEW YORK

In the local dance world, there are few things rarer or more anticipated than a West Coast visit by the New York City Ballet. This weekend, principal Tiler Peck is bringing out ten of her City Ballet colleagues for her three BalletNOW programs at the Dorothy Chandler Pavilion.*

It’s not all ballet, either. From the world of tap, Michelle Dorrance will be joined by her dancer Byron Tittle in Friday night’s opening number 1-2-3-4-5-6. Virgil “Lil O” Gadson (So You Think You Can Dance) also performs in the Dorrance piece, and the one-and-only Bill Irwin will dance with Peck on Saturday night.

Works by George Balanchine, Kenneth MacMillan, and Justin Peck will be danced in all three performances, and Jerome Robbins’ Fancy Free will close out the show on opening night and the Sunday matinee. A live orchestra will perform from the pit, conducted by Grant Gershon. 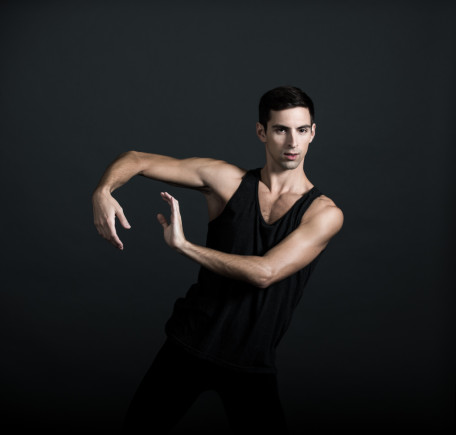